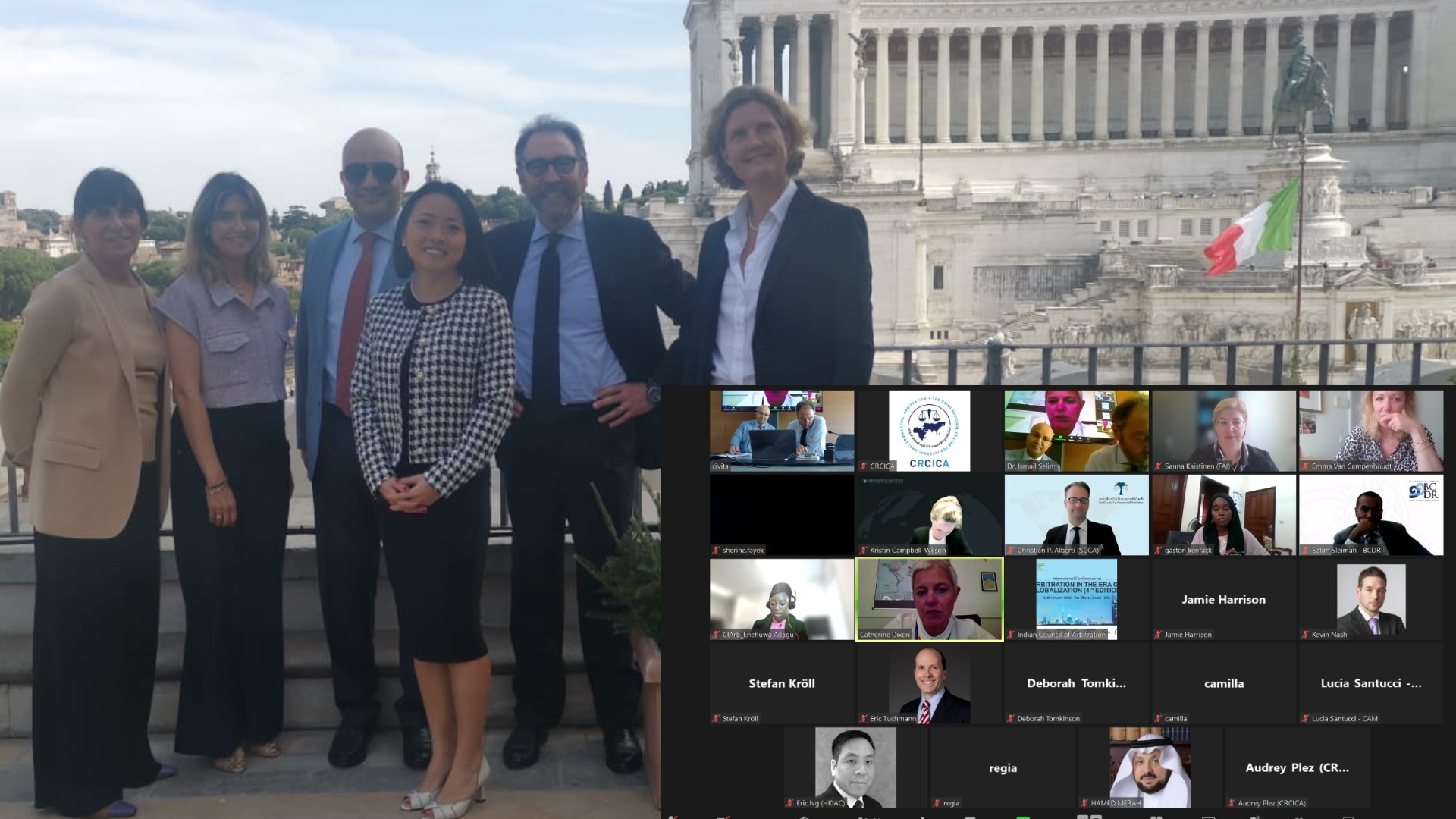 A General Assembly was held few days ago, on 8 June 2022 by the International Federation of Commercial Arbitration Institutions, chaired by outgoing President Stefano AZZALI.

Involved in IFCAI since its very constitution, Stefano AZZALI spoke at the First IFCAI International Biennial Conference held in Cairo in 1992, and following two mandates as Secretary-Treasurer, held the presidency over IFCAI since October 2017. Under his leadership, IFCAI made considerable advancements, including a substantial revision of its Constitution, which was approved unanimously by the General Assembly that was held. The end of his mandate was felt wholeheartedly by the Federation, and a number of IFCAI Members, took over the floor of the General Assembly to thank him deeply for his years of service and involvement in the International Federation.

32 participants representing 24 Member institutions took part in the General Assembly that was held in Rome, and remotely, to vote IFCAI’s newest Constitution, and elect its new Council for the next 4 years mandate.

The Federation is proud to present, as its newest Councillors, following the election that was held (by alphabetical order):

Director General of the Chartered Institute of Arbitrators
Supporting Member

The newly elected Council is the youngest in age the Federation has seen since its institution and under its new leadership, spreading over all continents, the IFCAI should be very active in the next few years. The Council will now convene, in a date yet to be fixed in the coming weeks, to elect its new President, Secretary-Treasurer and Vice-Presidents. Until then, Ismail Selim will provisionally continue to assume the role of Secretary Treasurer.